Smart Inspiration Day 2019: What to learn from the workshops ? 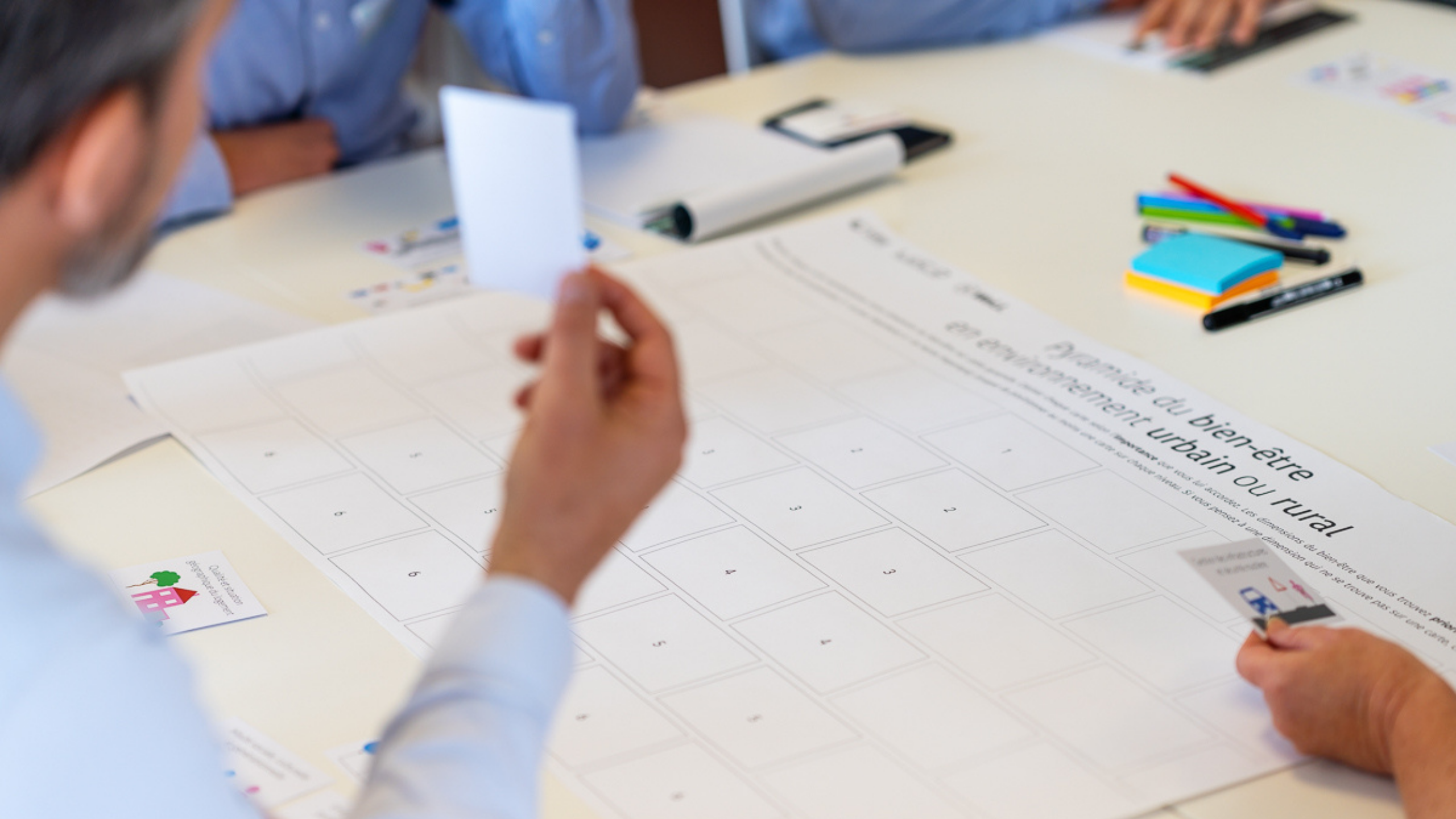 How can we objectify the well-being of our citizens? How can urban agriculture, gamification, digital and health contribute to their happiness, and eventually make our cities more sustainable and smart?

Smart Inspiration Day 2019 - What to learn from this inspiring day? On 16 May 2019 in Liège, nearly 130 people met for the second edition of our Smart Inspiration Day, dedicated this year to well-being in cities. You could not join us? In two articles, the Smart City Institute proposes a summary of the essential questions that punctuated this day of inspiration.

READ ALSO: « SMART CITY: CITIZENS' HAPPINESS AT THE HEART OF THE DEBATES" (SUMMARY OF THE CONFERENCES)

Feel Good Toolkit : A tool to measure the well-being of its citizens

While measuring one's own well-being is relatively easy, it often becomes more complicated at the level of a city or a municipality. It is on the basis of this observation that the "Feel good toolkit" project was born, developed by WeLL - Wallonia e-health Living Lab and LUCID, in the framework of the Wall-e-cities project. Lara Vigneron - coordinator at WeLL confirms: "the definition of well-being is generally focused on the individual rather than the community. It is therefore more complicated to define urban well-being".

Based on a study carried out by the IWEPS (2014), 20 themes were selected in order to build a reflection process, in the form of a workshop encouraging co-creation.

The utility of this tool for our municipalities : In concrete terms, this tool makes it possible to analyse

while encouraging participatory methods and the co-design of projects.

The tool is based on 3 questions (What are the priorities for well-being in urban/rural areas? How do I perceive my city in relation to this notion of well-being? What about technology? Do the available technologies seem useful? ) and can be subdivided into 4 main steps. Through these, the citizens will be led to classify their priorities individually, then to discuss them in groups in order to reach a consensus and a pyramid accepted by all. In relation to this pyramid, they will then have to take stock by situating their own city in relation to it. Finally, a specific focus will be placed on technology: judging to what extent technology is useful and acceptable to achieve these priorities.

The benefit of such a tool is twofold: Through this approach, the citizen feels more involved, becomes aware of the existing initiatives in his or her municipality and the priorities of his or her fellow citizens. On the other hand, it allows the municipality to better understand their feelings. It thus encourages the transmission of knowledge, but also the establishment of a monitoring tool and a dashboard, which can be particularly useful for the projects to be developed within the municipality.

This kit (which can be assimilated to a game), which has already been tested in the Walloon cities of Aubange, Arlon and Juprelle, has been widely proven during the Smart Inspiration Day.

Would you like to test the approach in your municipality ?

If you were told that one hour of digging was equivalent to one hour of cycling, would you trade in your two wheels to take up agriculture? It seems that the Brussels-Capital Region has already been seduced by the approach, since through its "Good Food" project, it aims to develop new urban agriculture projects with a target of 30% local production for its fruit and vegetables by 2035.

As Haissam Jijakli (Director of the Urban Agriculture Research Centre, Gembloux Agro-Bio Tech, University of Liège) explains, urban agriculture, which is becoming increasingly popular in Belgium, has many advantages. In addition to the physical activity generated, it is a great way to feed the increasingly populated cities without depleting their land or biological resources, while limiting the ecological footprint of the food produced (the average transport of a food piece in France currently reaches 5,000 km, from the field to the plate). In addition, it is also a way of enhancing and adding value to certain unused urban spaces, and of reconnecting not only the inhabitants with each other via a joint project, but also with nature, which is not always easy in urban centres. According to some studies, it can also increase the creative output of citizens by 11%, and even by 35% in people who are more exposed to stress.

The list of benefits goes on and on, but one thing we will remember from this workshop is that whether it comes from citizen initiatives or from the municipality itself, urban agriculture has a major role to play in improving urban living environments.

Want to know more about the potential that urban agriculture has to offer your municipality?
Visit the C-RAU website
And discover the Rooftop Greenhouse Project - GROOF.

Access to culture is without doubt an important factor in guaranteeing the quality of life of citizens. But culture is also, through tourism, a guarantee of a strong territorial attractiveness for our municipalities. So how can they stimulate tourism on their territory and make their visitors' experience unique ?

Gamification, explained by Vincenzo Bianca (Founder of N-Zone) as "the use of principles and mechanisms from games to apply them to other sectors" could certainly be the answer!

Gamification offers a wide range of experiences, from animal-shaped waste bins to raise awareness of better waste management, interactive games to rediscover the history of a city via a tablet and 3D reconstructions, to speed cameras that flash good behaviour and offer the possibility of participating in a lottery.

In the specific case of tourism, the aim of gamification is to create a strong link between the visitor and the content/heritage, so that he/she remembers what he/she has seen/done, via life-size games (such as an escape room), digital experiences, or board games. Keep in mind that gamification does not necessarily mean digital: the medium must be defined according to the project!

"How to enhance citizenship through digital technology" is one of the main questions that the GAL Meuse@Campagnes, represented by Jean-Pierre Trésegnie at the Smart Inspiration Day, is tackling. As explained in this article, involving and taking into account the opinion of the citizens favours their satisfaction, and therefore their daily well-being.

But what does it mean to enhance citizenship through digital technology?

In short: It means wanting to involve citizens in the governance of the territory.

In addition to the "physical" places that enable this citizen participation, as is the case in the GAL territory with coworking spaces, EPNs (digital public spaces), sharing workshops or labs, the digital space can also be used to make it possible and accessible to the greatest number. The GAL's feedback has highlighted the added value of the digital space :

The example of the Meuse@Campagnes GAL, which covers the municipalities of Andenne, Fernelmont and Wasseige, finally demonstrates that digital technology is not only reserved for large urban centres: it can also encourage citizen action in rural areas!

The hospital reinvents itself

For several years now, the CHR de la Citadelle (Liège) has been undertaking vast projects aimed at transforming itself into a "Smart Hospital": a review of its infrastructure, but also of its information services and relations with the patient.

"The objectives of a smart hospital are in fact similar to those of a smart city," explains Benoit Degotte, (Director of Purchasing, Finance and Information Systems, CHR de la Citadelle)."In a way, you could simply replace the term 'citizen' with 'patient' ".

Indeed, just like the smart city, the hospital represents a whole ecosystem (in the case of the CHR, it includes the CHU, NRB, Belfius, the City of Liège, but also the medical and administrative staff, the suppliers, and of course the patients), which contributes to offering the best possible quality of care to the whole population. The patient is at the centre of the approach, and we talk about patient empowerment.

Furthermore, the intelligent hospital aims to reinvent existing relationships between all stakeholders, in particular through the use of technology: "For too long, we have used IT for the sake of using IT. Now it is time to use it to serve the hospital and its patients," says Benoit Degotte.

Finally, just like the intelligent city, the Smart Hospital project towards which the CHR is moving places ecological and sustainability issues at the centre of its concerns.

The CHR is therefore undertaking a large-scale and very ambitious project, which has already been recognised since Benoit Degotte was elected Belgian Chief Digital Officer (CDO) 2018 by Top Management. 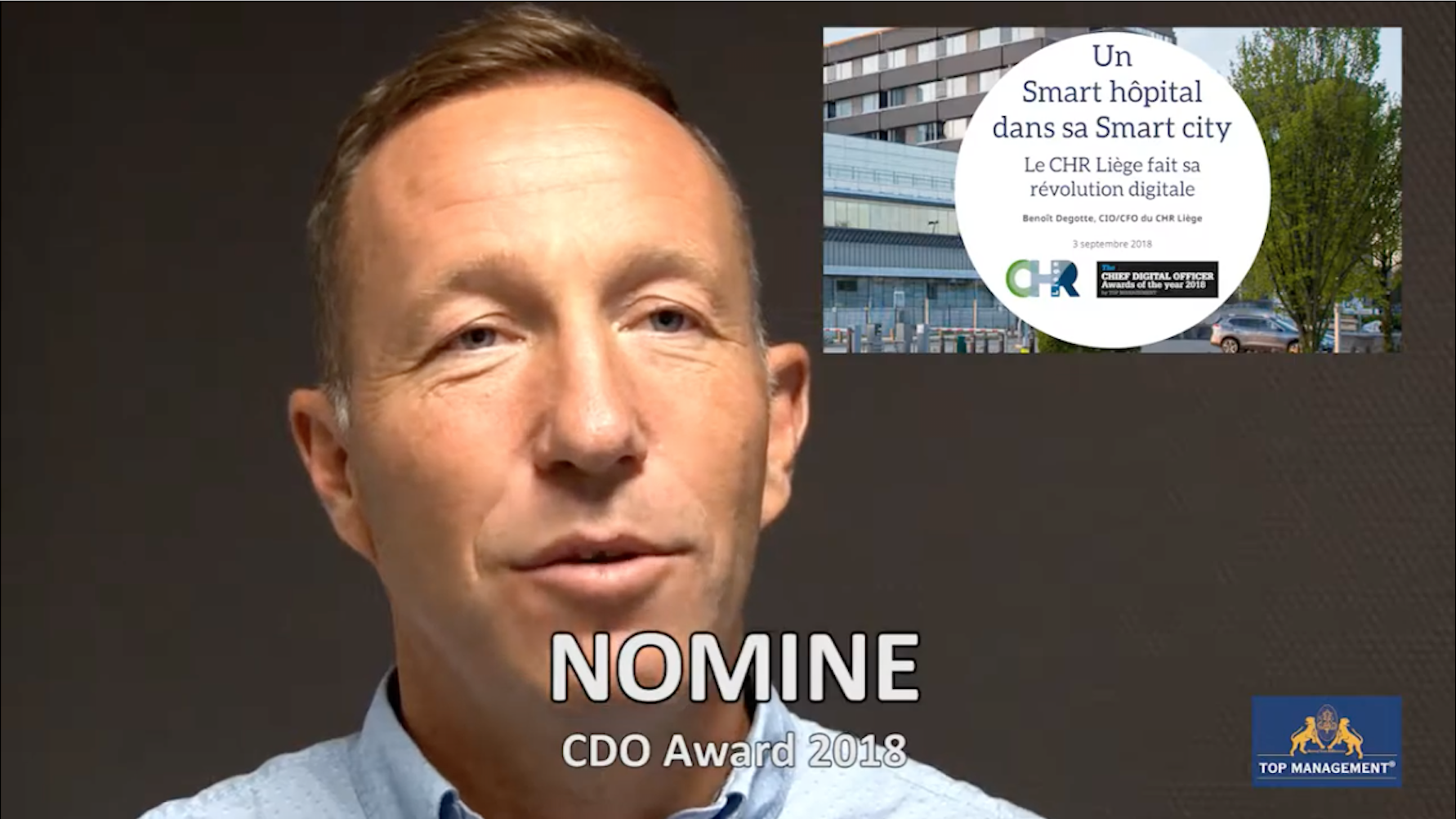 In conclusion, the concrete solutions presented during the various workshops highlight the willingness and involvement of the ecosystem to create and propose tools, in the form of applications or other indicators, which make it possible to meet the needs of citizens in order to improve their quality of life.

To go further : Smart Inspiration Day, what can we learn from this inspiring day?

Article #1 : « CITIZEN HAPPINESS AT THE HEART OF THE DEBATE »